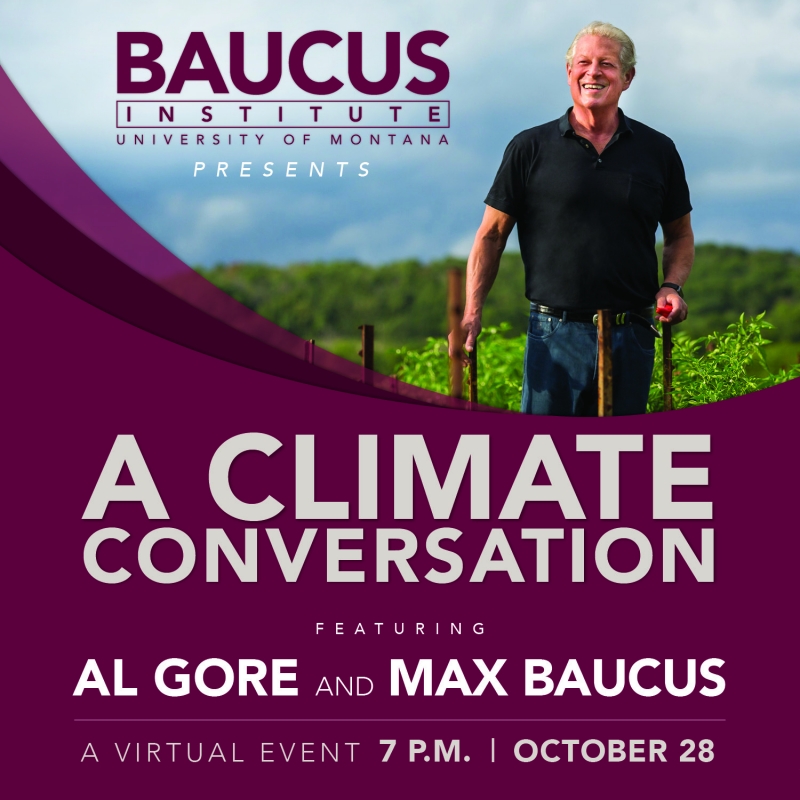 Presented by the Baucus Institute at the University of Montana. Former Vice President Al Gore and former US Senator and Ambassador to China Max Baucus will be in conversation to discuss the current climate, mainly environmental, but also political. Mr. Gore was the vice president of the United States from 1993 to 2001, and Mr. Baucus was the US Senator for Montana from 1978 to 2014 and the Ambassador to China from 2014 to January of 2017. Mr. Gore is the author of An Inconvenient Truth, which was developed into an Academy Award-winning documentary. In 2007, Gore was a co-recipient of the Nobel Peace Prize along with the Intergovernmental Panel on Climate Change. Mr. Baucus was a sponsor of the 1990 Clean Air Act Amendments and a leader in protecting wild lands along the Rocky Mountain Front.
Register Now
Links:
http://www.umt.edu/
https://www.umt.edu/law.....tute/speaker-series.php