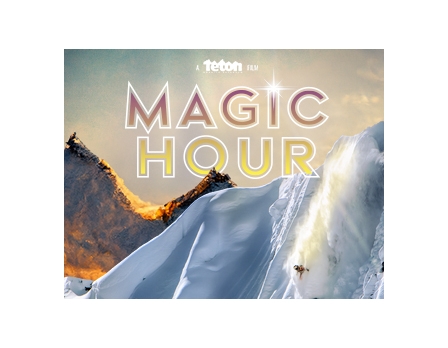 TGR is returning to The Wilma in Missoula, MT for the winter kick-off celebration of the year! Join us on September 29th to get hyped for the season with our new feature length ski and snowboard film, Magic Hour, premiering on the big-screen!

We’ll have prize giveaways from TGR, YETI, Sierra Nevada, Atomic, Volkl, Mammut, Tincup Whiskey and more. Plus, everyone in attendance will have a chance at the tour grand prizes, including a trip to Jackson Hole, the ultimate at-home editing package from Sierra Nevada, a YETI prize pack, custom skis or snowboards from Tincup Whiskey, and a Mammut safety setup including an avy pack.