This event has already taken place! Please make sure you are in the correct year. ×
Oct
18
Thursday
Oct
18
Thu 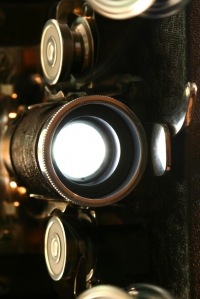 The Iraqi Freedom Congress (IFC) is a civil society group in Iraq working For a Democratic, Secular and Progressive Alternative to both the US Occupation and sectarian militias. Go Forward Iraqi Freedom Congress! is a documentary made in Japan in March, 2006 about the IFC. Little known in the United States, the IFC has attracted the attention of peace movements in much of the rest of the world.

Many Americans want an immediate withdrawal of American troops from Iraq. Others want to see US involvement continue as a way to undo some of the damage done by the US invasion. Either way, the Peace Movement is left with uncomfortable questions about the responsibilities we have to the people of Iraq. The Iraqi Freedom Congress is a hopeful part of the answer to those questions. Award-winning journalist Bill Weinberg will lead a discussion and answer questions after each screening.

Special Guest Speaker: Bill Weinberg, recently returned from an international peace conference in Tokyo, will talk about the Iraqi Freedom Congress and answer questions after each screening.