This event has already taken place! Please make sure you are in the correct year. ×
Sep
15
Wednesday
Sep
15
Wed 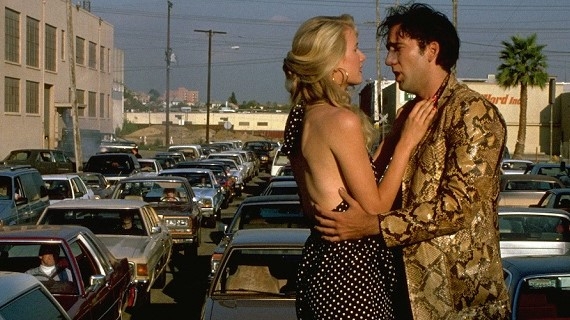 David Lynch’s official bio reads: “Born Missoula, Mont. Eagle Scout.” And while those who are familiar with his brand of dark and disturbing cinema may suspect there is much, much more, perhaps those are the two essential ingredients that make up his strange and wonderful aesthetic, an aesthetic that can only be called “Lynchian." Mining the depths of his subconscious, Lynch has crafted a brilliant oeuvre of troubling yet familiar dreamscapes populated with particular characters, odd dialogue and bizarre scenarios that merge genres as disparate as film noir, the 50s coming of age picture, and the musical, sometimes all at once. But far more than pastiche, Lynch's films pioneer new forms, from his groundbreaking experimental debut Eraserhead (1977) to his widely lauded masterwork Mulholland Drive (2001). On the occasion of Lynch’s 75th birthday, a year that marks 50 years of his decidedly unique filmmaking, Mr. Lynch’s hometown movie theater is very proud to present a retrospective of his finest work.

Wild at Heart: After serving prison time for a self-defense killing, Sailor Ripley (Nicolas Cage) reunites with girlfriend Lula Fortune (Laura Dern). Lula's mother, Marietta (Diane Ladd), desperate to keep them apart, hires a hit man to kill Sailor. But he finds a whole new set of troubles when he and Bobby Peru (Willem Dafoe), an old buddy who's also out to get Sailor, try to rob a store. When Sailor lands in jail yet again, the young lovers appear further than ever from the shared life they want. Adapted from Barry Gifford's novel of the same name, Wild at Heart is David Lynch's most vibrant achievement.
Get Tickets
Links:
http://www.theroxytheater.org
http://www.theroxytheat.....rg/films/wild-at-heart/