This event has already taken place! Please make sure you are in the correct year. ×
Jul
25
Saturday
Jul
25
Sat 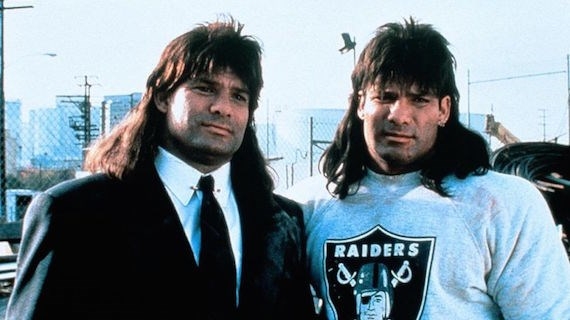 Two beefed-up twins (played by the Paul brothers, Peter and David, who have appeared in several programmers as "The Barbarian Brothers") operating on opposing sides of the law, team up to stop a nefarious crook in this actioner. Peter Jade is a notoriously arrogant burglar who ends up with the key to an enormous underground cache of diamonds. David Jade is a cop who joins forces with Peter after greedy Philip Chamberlain (Roddy McDowall), wanting the diamonds for himself, kills David's partner. Also featuring 90s B-Movie requisites David Carradine and Troy Donahue. The Movie Mockers give this cinematic atrocity a much needed comedic boost with their hilarious commentary.