This event has already taken place! Please make sure you are in the correct year. ×
Jan
22
Saturday
Jan
22
Sat 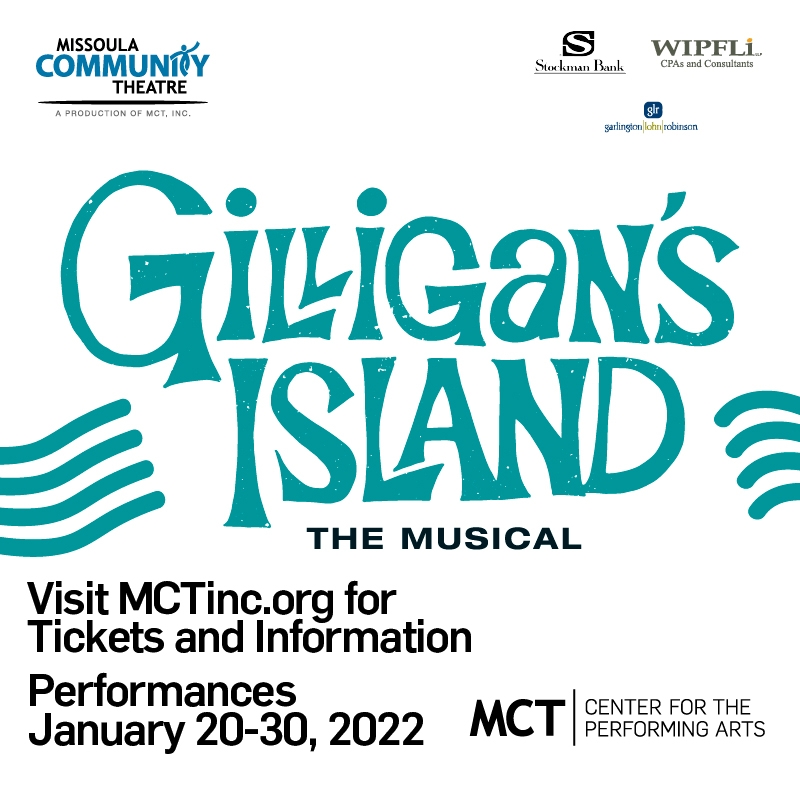 This family-friendly stage musical is based on the popular 1960s TV show “Gilligan’s Island,” created by Sherwood Schwartz.  The plot is filled with wacky, slap-stick humor, foiled attempts at being rescued, and the familiar castaways of “Gilligan, the Skipper too, a millionaire and his wife, a movie star, the professor and Mary Ann….”  There’s even an encounter with an out-of-this-world alien!  Hope and Laurence Juber’s  campy, original score includes Ginger’s “Natural Phenomenon”, Thurston and Lovey Howell’s “It’s Good To Be Rich” and Gilligan learning to spell “Hieroglyphics.”

At the helm of the show is Director Rosie Ayers, of Missoula’s “Home Shopping Network Girls” comedy duo and director of MCT’s Leading Ladies in 2019.  Rosie shared that her husband Michael “is a grown man who watched every episode of Gilligan’s Island as a child and can still quote the punchlines, sing the lyrics and giggles like an 8-year-old.”  On her own thoughts about the production, Ayers looks forward to “directing and experiencing a nostalgic show with our community and enjoying it with our most favorite medicine…laughter.” Gregory Boris will be the show’s Music Director after just completing the same role with MCT’s Sister Amnesia’s Country-Western Nunsense Jamboree.

Stockman Bank; WIPFLI LLP and Garlington, Lohn & Robinson are sponsoring the show, which is a production of the Missoula Community Theatre. MCT requires the wearing of masks for the safety of patrons, volunteers and staff.
Links:
https://mctinc.secure.f.....ents/a0S3a000006evwuEAA
http://www.mctinc.org